Seeing the Whale - Sunday’s 10 May, Reflection by Dr Jim Harris 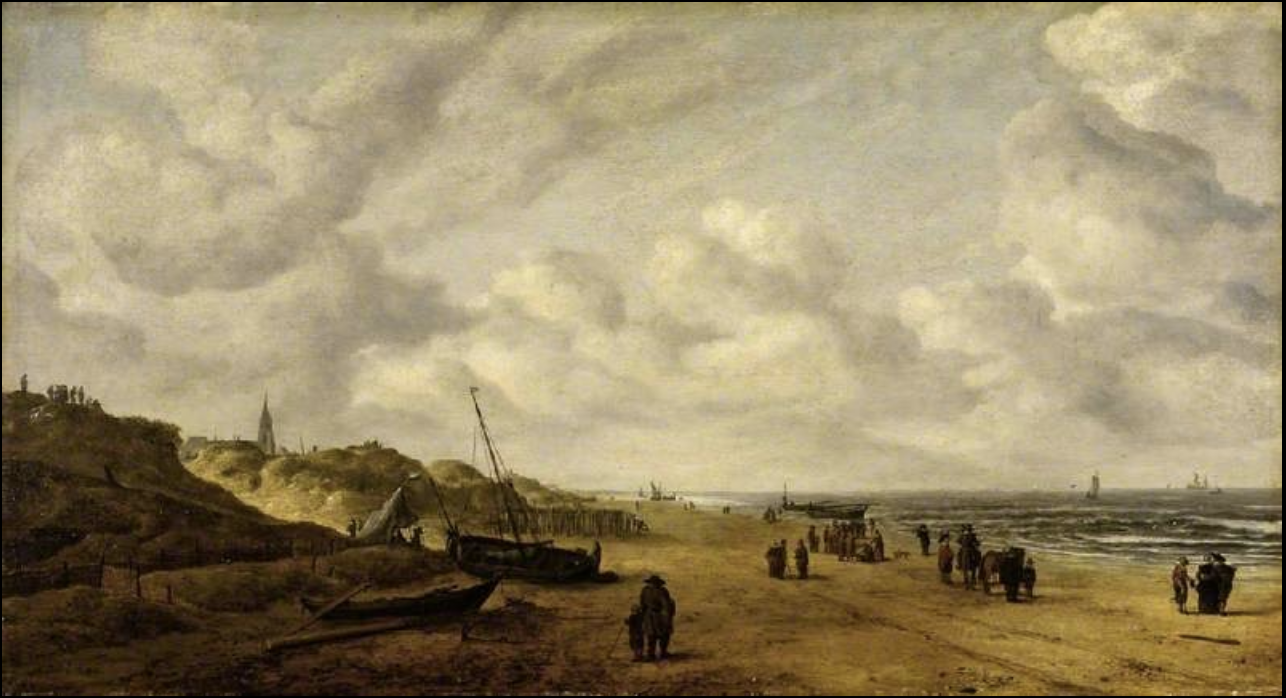 Hendrick van Anthonissen, View of Scheveningen Sands, oil on panel, 1641 (prior to conservation);

In the Fitzwilliam Museum in Cambridge is this little, seventeenth-century Dutch painting, A View of Scheveningen Sands, painted by Hendrick van Anthonissen in 1641

In 2014, the painting went to be cleaned and, as she started to remove the old varnish, the conservator, Shan Kuang, noticed something unusual about the surface.  It turned out that not only were there people on the beach, but also a whale.  Really.  An enormous whale that someone had painted over, long before it arrived in Cambridge in 1873.  No-one knows why.  Perhaps the idea of a beached whale was thought too morbid for such an otherwise unexceptionable seascape.  Whatever the reason for hiding the whale, though, the conservator was the first person in over 200 years to look at the picture closely enough to see it. 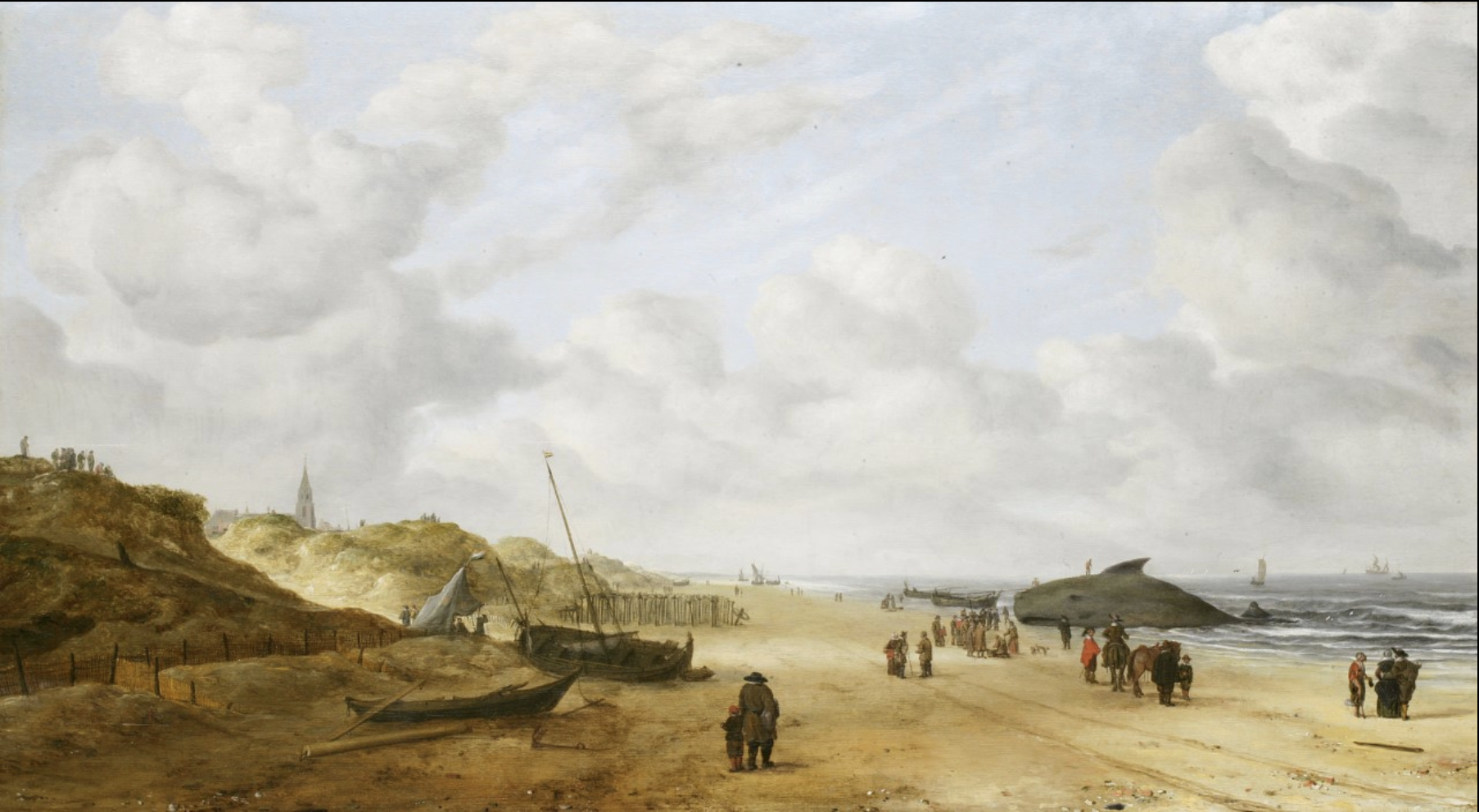 View of Scheveningen Sands after conservation

That kind of careful looking is at the centre of my teaching at the Ashmolean Museum.  It’s a straightforward process: I encourage my students to examine the objects they’re studying as closely as they can, and to ask questions of them. What is it made of?  How is it put together? Has it ever been changed or damaged?  Once the physical facts are established it’s easier to ask the other, more difficult questions.  What is it for?  Why was it made? What does it mean?

The trouble is, at Oxford, most of my students are pretty smart and sometimes they like to get straight down to saying what they think they know, without really looking at all.

And although I’m the one teaching them, I often find that I’m the same; not necessarily with the objects in the Museum but with people, with the news, with the world. I see my neighbours head off to the park, glance at the TV, skim the paper or graze idly on twitter and form my opinions on the basis of little more than a hunch. I mutter and bark at disingenuous politicians, without stopping to look properly or ask sensible questions.  At a moment like this, conditioned by fear and insecurity, it’s especially easy to retreat behind prejudice and preconception.

Now, in common with pretty well everybody, I like to think that my prejudices are of an acceptable sort: I’m a liberal-minded academic who doesn’t want to hurt or offend.  But I’m as knee-jerk and thoughtless in my instinctive responses as anyone.  I listen to the arguments, but I shut out the bits I disagree with.  I get the picture.  But I don’t see the whale.

This isn’t a new problem and it isn’t limited to the way we see the world or judge our neighbours.  In Isaiah 42,20, the prophet complains about the Israelites, ‘You have seen many things, but you pay no attention’. And in today’s Gospel, John 14, 1-14, it’s possible to sense a similar frustration in Jesus, when Thomas and Philip fail to see what has been right in front of them through all their time together.  No matter how clearlly he tried to explain himself to them, his friends remained obtuse almost to the point of stupidity. Eventually, to try to jolt them out of their doziness, Jesus pointed to the most blindingly obvious aspect of his ministry:  ‘at least believe on the evidence of the miracles’.

Yet despite all this, when Jesus spoke of his Father, Philip leapt to the conclusion that in order to see him he need to look elsewhere, to be shown something else, to be told some secret that would unlock the mystery.  There was no secret, though, and there was no hidden mystery.  There was just the truth: that anyone who had seen Jesus had already seen the Father.  The whale was always there if you looked closely enough.

This is an adaptation of a piece written for the BBC Radio 2 Breakfast Show in August 2015.  The scripts of my contributions to Pause for Thought are published here at theteachingcurator.com

Sign up for our newsletter and find out about current events, news and other information from our Church.